Reproductions About Legal ⇦ Select a culture, Season, and Task to Begin!

NeolithicClothing.com is run by Ishtar W. They are a Computer Scientist and programmer and a Neolithic period novelist. Ishtar is an early Neolithic period novelist, AI researcher, systems analyst & developer, and experimental archaeology. Ishtar has published three novels set in 5500BCE and is working on their fourth novel. Their specific interest in the early Neolithic surrounds the Linear Pottery Culture as well as several Anatolian cultures. 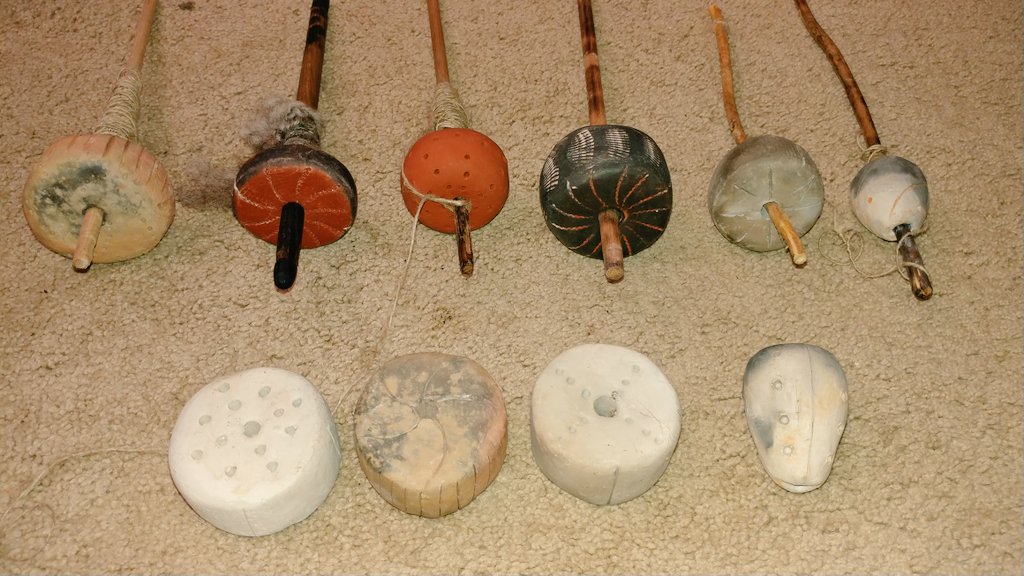 NeolithicClothing.com focuses on the Neolithic period, the time following the Mesolithic, and ending at the Chalcolithic (Copper Age). The Neolithic Clothing project will work to display as many Neolithic cultures as they have time for. Each requires significant research and illustration. Below are the currently planned cultures, though this is subject to change and addition. 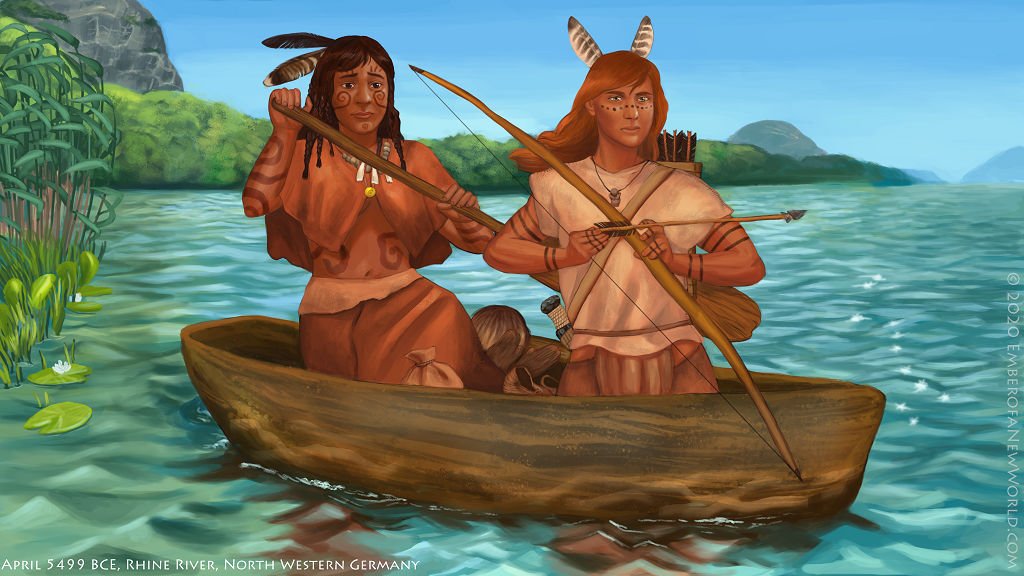 Neolithic people on a boat

Eurasia, Anatolia, Levant, and the Near East.

A rough timeline from the start of the Neolithic until present

People from the ancient world have long been depicted in media, from movies to museum dioramas. While many of the depictions are historically accurate and well-produced, there are unfortunate numbers that are not. Inaccuracies in historical depictions, especially involving the Neolithic, are commonplace. Contrary to popular belief, Neolithic clothing was rather complex and diverse. Clothing ranged from simple leather garments to quite complex textiles. NeolithicClothing.com is a project designed to help combat these inaccuracies by displaying a high quality, and accurately produced examples of Neolithic clothing.

Far too often, Neolithic illustrations and exhibits will feature Neolithic people wearing full-length tunics, often made from what appears to be almost modern cloth and design. White and even pastel colors are commonplace, as are design elements which have no basis in the archaeology. These "white linen tunics" and similar inaccuracies are called the "white linen tunic" fallacy. Though it can be challenging to say if the cause of these depictions is some strange modesty-induced censorship or perhaps a wanton disregard for the evidence, we cannot say. However, we can be sure that full-length cloth tunics have no historical basis in the Neolithic, and minimal basis in even the subsequent Chalcolithic (Copper Age) and Bronze Ages.

Throughout NeolithicClothing.com, many illustrations are depicted with various degrees of nudity, from wearing no apparent upper garment to wholly nude. While this may come as a shock to many people, it is by no means out of place for the Neolithic period. In our modern culture, nudity has often become associated with sexuality. However, the extreme nature of this relationship is a modern – recent – association. Social attitudes and the sexual relationship with nudity have arisen through historical, cultural, and religious means.

In the Neolithic, nudity is depicted in art in such a manner and frequency as to infer that it was not out of the ordinary, nor taboo. At the dawn of the 21st century, there still exist several cultures in Africa and South America where little or no clothing is worn. Within these cultures, nudity and partial nudity are not considered sexualized elements, nor are they looked down upon as depravity. Their social mores allow for such nudity as a practical necessity, given the often hot climate of these regions, as well as being the traditional clothing of these groups. Therefore, it is important to cast aside our modern notions of modesty and sexuality when considering an ancient society's social norms.

Many Neolithic illustrations and exhibits depict odd garments and garment extensions designed to hide parts of the body deemed inappropriate by our modern conventions. Sadly, these forms of censorship do little but change the general population's understanding of prehistory and provide a false notion of how life wars. NeolithicClothing.com does not censor the human body and displays ancient people, as faithfully as we can.

Artifacts: Perhaps the most direct method is to study what was left behind by ancient cultures. Figurines, tools, artwork, and rare examples of preserved clothing provide the most direct insight. Holes in the ground, a loom was anchored into (post holes) and recovered loom weights, may provide a rough estimation of what textiles could be produced from the said loom. Smaller tools, such as hide scrapers and awls, provide some idea of what kind of garments may have been created.

Environment: The environment a culture existed in can provide much information about what clothing was available to them. For example, humid environments favor textiles, which perform better in humidity than leather, while hot, dry climates favor unwoven fiber or simple leather garments. Examining which flora and fauna existed in the area also provides insight into what types of clothing and materials would have been used.

Cross-cultural Comparative Analysis: While most of the tools and garments of ancient cultures have long since faded into the dust of time, many more contemporary cultures exist with similar environmental pressures, materials, and lifestyles. Analysis of more recent lithic societies can provide insight into older societies.

An example of contemporary lithic society to a Neolithic society might be the Ancestral Pueblo people of the North American South West and the Neolithic Anatolian proto-city of Çatalhöyük. While there are distinct differences between these two cultures, many parallels can be made between their housing, agricultural practices, materials, tools, and climate effects on their eventual outcome. Of course, we cannot directly suggest that one's clothing would match the other; an analysis of several parallel cultures for commonalities can lend insight into aspects of culture and pragmatic practices that can be reasonably supposed to have existed.

For example, a more contemporary society may produce a specific type of garment that does not preserve well. The unique tools they use can be studied for properties like use ware (markings made from usage). Using experimental archaeology, a modern example of the tool can be used to make a modern version of the garment, confirming the use ware markings expected when crafting such an item. Examining the ancient Neolithic site for tools that may have survived when their produced textiles have not, may or may not show the use ware, thus providing evidence for the conjectured garment.

Experimental Archaeology: Experimental archaeology is a hands-on approach whereby the researcher experimentally uses real aspects of ancient cultures to gain insight into the said aspect. Making clothing, wearing clothing, maintaining clothing are all methods of insight. Do grass stuffed boots provide enough insulation when walking in the snow? There is only one way to find out, for sure.

Leggings were not likely worn in humid climates during labor, which involved constant change between kneeling and standing. How can we possibly know such detail? Creating several examples of leggings using both recovered artifacts as examples (the leggings from Otzi the Iceman) and cross-cultural comparative analysis (examining the leggings of nearly a dozen contemporary lithic societies), and then wearing these leggings while performing the actual actions in the proper humidity and temperature provided the answer. The leggings would become stuck to skin nearly every time, regardless of construction. Skin with hair was slightly less susceptible, but the problem was quite significant. As a result, a summer harvest depiction would be less likely to be accurate if the models were drawn with leggings vs. bare legged.